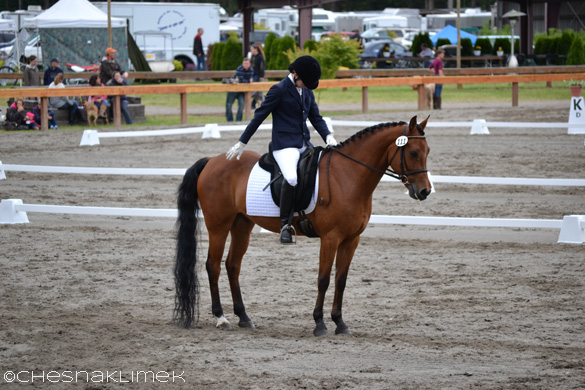 Many are familiar with Theodore O’Connor, the famous event pony who at only 14.2 hands tall competed successfully at the four-star level in three-day eventing. But ponies make an impact at all levels of eventing, and this impact was visible at Aspen Farms Horse Trials (AFHT) in Yelm, WA on June 14-16, 2013. More than 300 horses and riders competed for cash and prizes over the course of the weekend; nearly 20 of these competitors were riding small horses or ponies in Beginner Novice level (jumps to 2’6″) through Training level (jumps to 3’3″).Several ponies and small horses took top placings at the event, such as Police Car ridden by Pam Sturbaum. This 24-year-old, 14.3 hand Arabian/Quarter Horse gelding won the competitive Zeit Capital Beginner Novice division, earning a check from Zeit Capital for $354.75, a $500 Olson’s Tack gift certificate, and a loot of other prizes. “He did great,” said Pam of her seasoned mount. “He was really good in dressage, and then double clean in cross-country. It was so much fun.”

Often junior riders get their start in eventing aboard ponies, and ponies were competitive in the junior divisions at AFHT. Daddy’s Harley ridden by 10-year-old Kayla Dumler was the winner at Junior Beginner Novice. Daddy’s Harley, a 14.2 hand Quarter Horse/Arabian/POA is a cowpony-turned-eventer. According to Kayla, “he didn’t really know anything when we got him.” The training they have done together paid off, as the pair led all three phases to finish in first place on their dressage score of 30.5. Kayla’s favorite phase was “the cross-country! He was just steady, we made the time, and we went clean. I loved it.”

A common theme amongst riders of ponies at AFHT was the love for their equine partner. Meredith Hill competed her Haflinger mare, Rumor Has It, in Novice Rider, putting in clear jumping rounds to move up five places after dressage and finish in third. Together two years, Meredith says, “It was love at first sight.” Of the show, “It was all fun! It was our first event where we really clicked.” Meredith plans to enter Rumor Has It in the Novice Three-Day at Rebecca Farm in July.

Throughout the weekend, AFHT showcased the talent of ponies in the sport of eventing at a local level. Whether it was the harmony and obedience required for dressage, the endurance and speed needed for cross-country, or the precision of show jumping, ponies rose to the challenge. You can view the final scores from AFHT here or find more news and coverage from the show on the Aspen Farms Horse Trials page on Facebook. 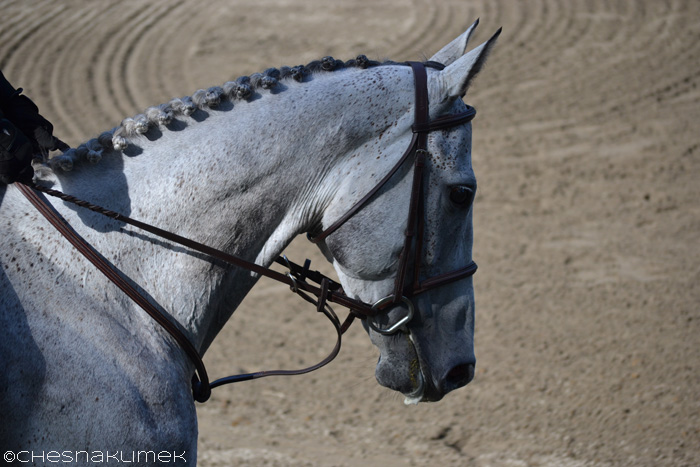 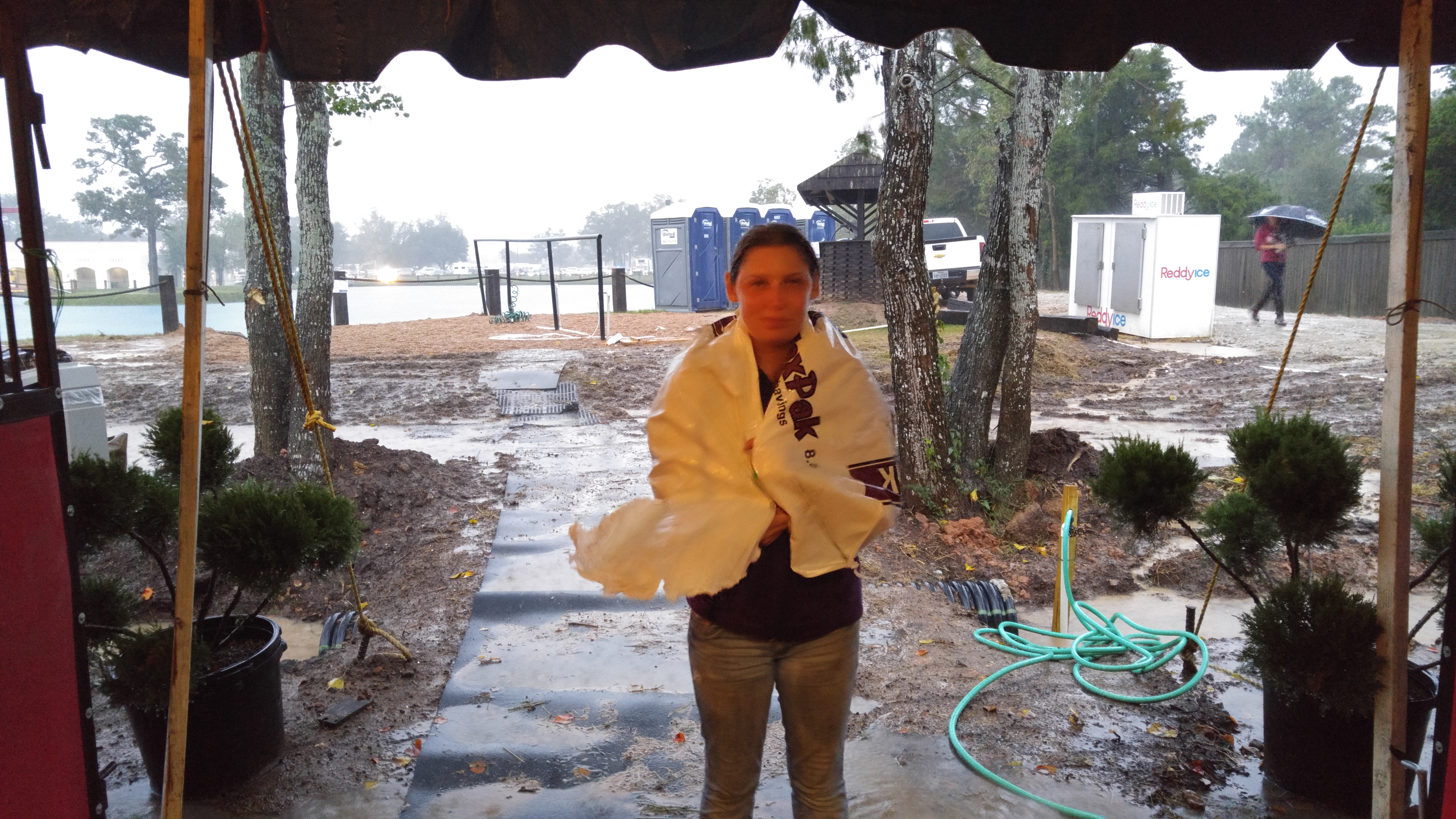 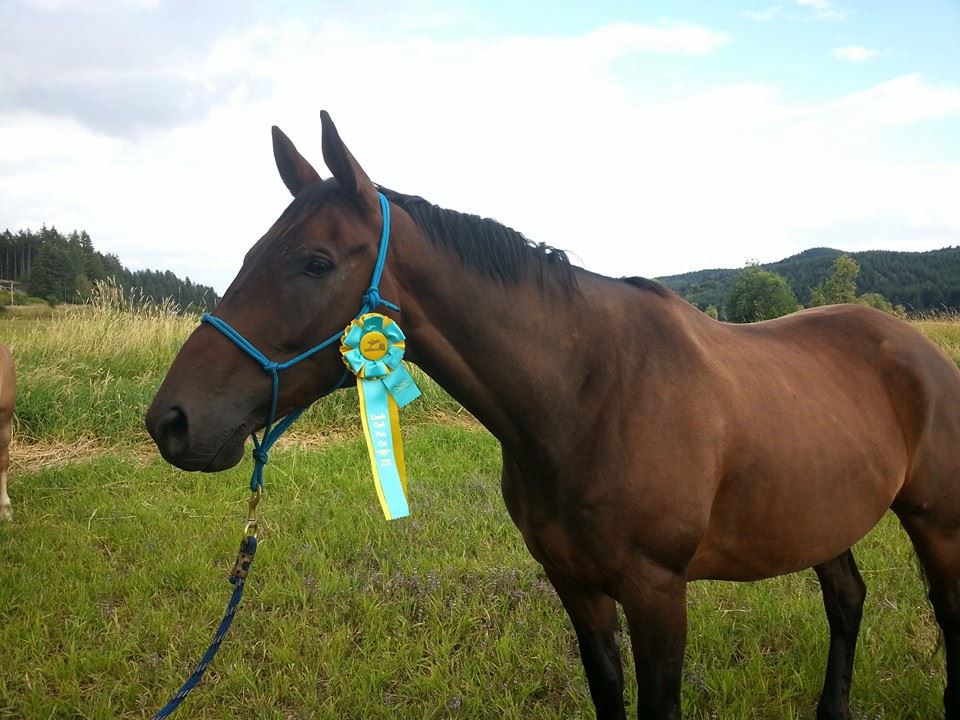 Some Eventers are Riding in the Olympics this Weekend; Meanwhile, We’re Going for Double Clear in Novice