Every year of living is touched in some degree by loss. On the verge of a New Year, I find myself reminiscing over people and times passed. And also, the animals lost. Most recently, Nayborly Farms lost our faithful barn cat, Gin. I wrote this post to remember Gin before time ticks ever onward, and to honor the role of the little creatures in our lives, and in our barns…

Remembering Gin Kitty
Gin showed up unexpected one winter. We aren’t sure where he came from… Maybe the foreclosed house down the street. Possibly he was abandoned on one of the nearby logging roads. Whatever the case, he wandered onto the property and stuck around for good.

At first, he didn’t appear to be tame. We had no idea what sex he was, or if he had been handled by humans. We couldn’t get too close.

But he found a daily meal with us, and he stuck around. His comings and goings became a fixture in the routine of the farm. You’d see him crossing the field on his way to hunt, or find him peering down at you from the top of the haypile. For no particular reason, Kelsy named him “Gin.”

After Gin got used to a free meal per day, he started arriving on time each morning to eat. And he became a talker. Loud meows greeted the bearer of his breakfast. And eventually, farm owner Cheryl was able to stroke Gin for the first time as he ate his morning meal.

In one instant, and from that moment onward, Gin became a loyal companion to all of us at the farm. As good as any dog, he would walk out with us to the far corners of the property to catch horses. He’d sit nearby while we groomed, pace the perimeter of the arena as we rode, follow at our heels as we mucked paddocks.

It didn’t take long for us to recognize that Gin was a king of barn cats. Thick and sturdy with lean, well-used muscles, he was the most prolific hunter any of us had ever met. It became commonplace for him to bring his kills to the barn for consumption. He always ate them in entirety–tails, bones, and all. The only piece he would leave behind was a single green internal organ, plucked from the bowels of his rodent prey. Part of the daily barn chores became sweeping up those little organs scattered about the barn.

I’m not one to celebrate the death of animals, pests or otherwise, but it would be a disservice to Gin to gloss over his hunting accomplishments. He annihilated the population of rodents around the feed room, as well as the unappreciated starlings that had torn up the barn insulation. I once saw him decapitate a full-sized adult rabbit that he had killed. On another occasion, he sprang high into the air and caught a bird mid-flight. One summer afternoon I counted how many kills he caught and consumed–I counted six in the handful of hours that I was at the barn.

In the springtimes, the barn swallows dispatched a permanent patrol on Gin. At least two birds would tail him anywhere he went, chirping and screaming and swooping, alerting the other birds to his whereabouts at all times. He was respected and feared by other animals, including my Jack Russell Terrier, who learned to never chase cats, and my 1,o00 lbs. Thoroughbred horse, upon whom Gin once jumped from the ground.

But what made Gin such a character was his gentle side–the yin to the yang of this efficient killer. He was playful and gregarious. He frequently tussled with his favorite friend, the mini Australian Shepherd, Parker, who as a puppy was much smaller than other animals he routinely consumed. And he played all the time–running under our horse jumps, tossing hay into the air to chase, and swimming with the dogs in the summertime.

Gin would also sneak into the house to hang out… Watch a movie, take a nap. He had his own kennel outside with a heated floor, and he recieved a daily meal, fresh water, and vet care. He’d let anyone hold him. He enjoyed being rubbed. He’d purr and droll and knead your lap.

Gin always came around to the barn when new people stopped by to visit. Most folks would comment on his striking personality, preen and pet upon him, and whisper aloud how they wish they had a barn cat like him. We joked that we could have sold that cat ten times over. His popularity out-shined any other animal on the property–humans included.

I like to think, of course, that Gin moved on to another farm, to another home, to another place that appreciates him as much as we did. But I know that Gin would not want to leave us. He was a part of the farm as we all are. Drawn by an instinctive sense of belonging and peace and routine. If he left, he did not leave willingly.

In all likelihood, in the end, Gin the Hunter, was hunted. After all, he patroled the edge of a vast wilderness. A wildnerness shared with other predators–coyotes, bobcats, bears… And you can call it a tall tale, but I think there’s only one animal that could have taken Gin. Only a cat feared by all in our area. A cat whose greatness, size, and power could out-match him: a mountain lion. 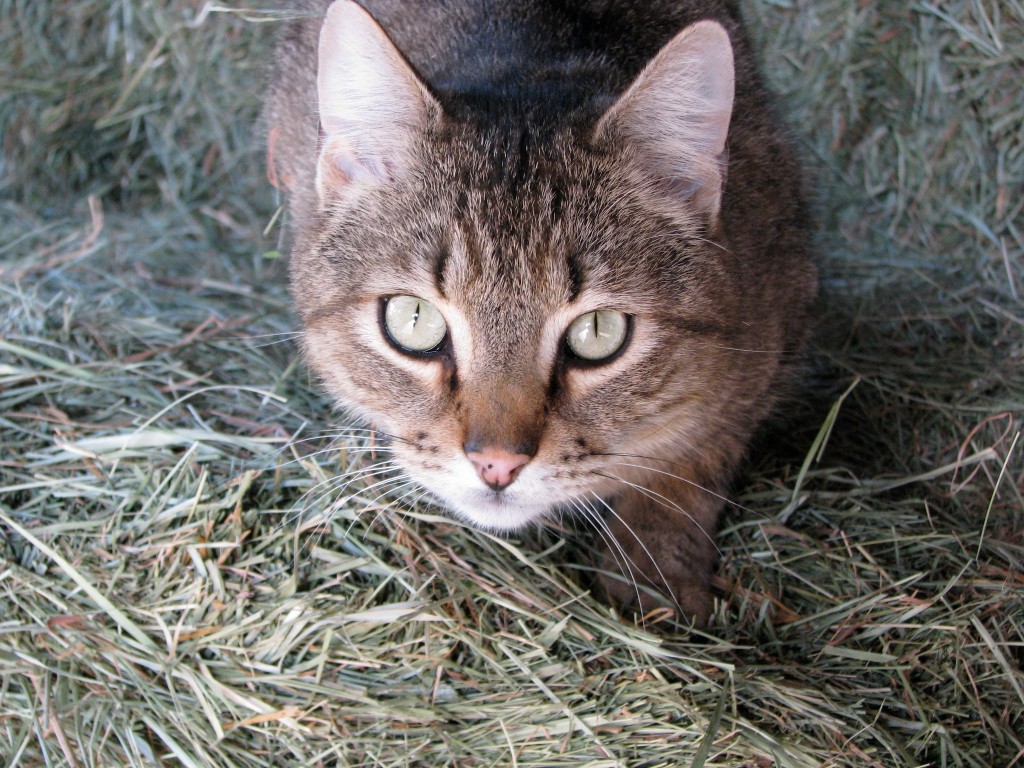 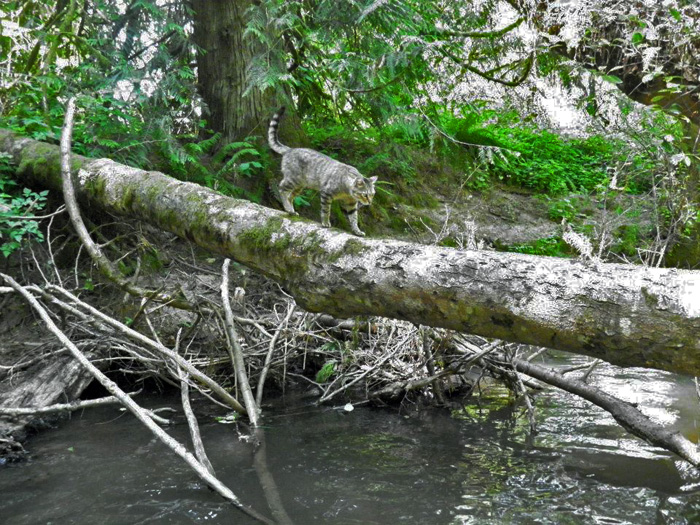 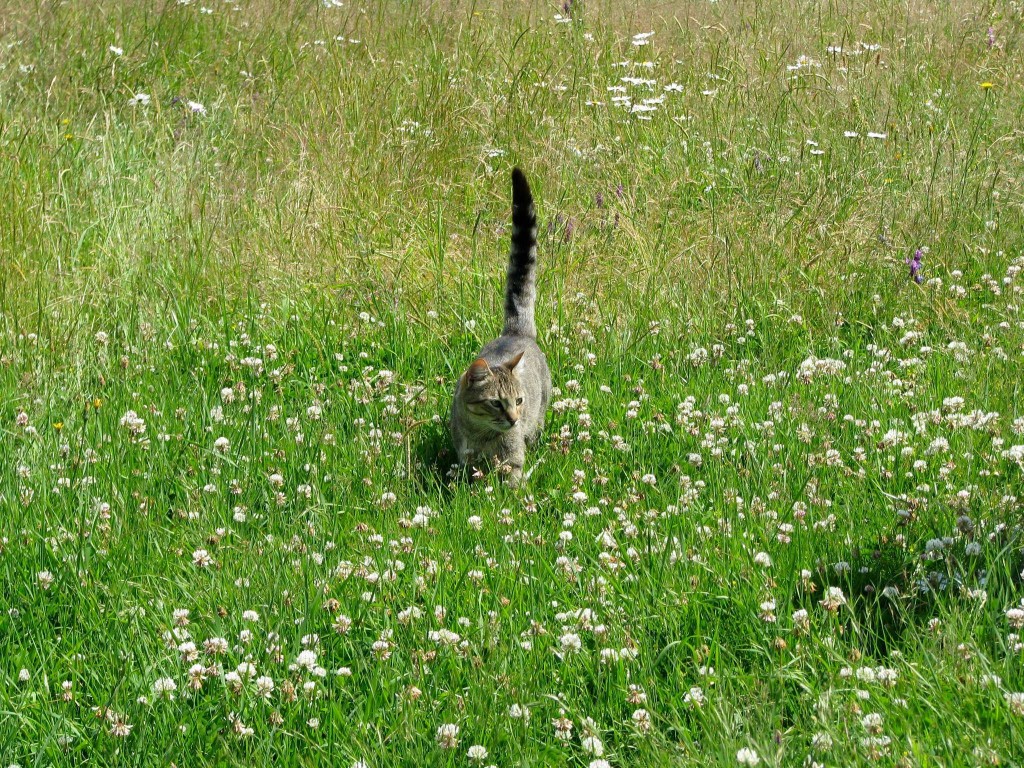 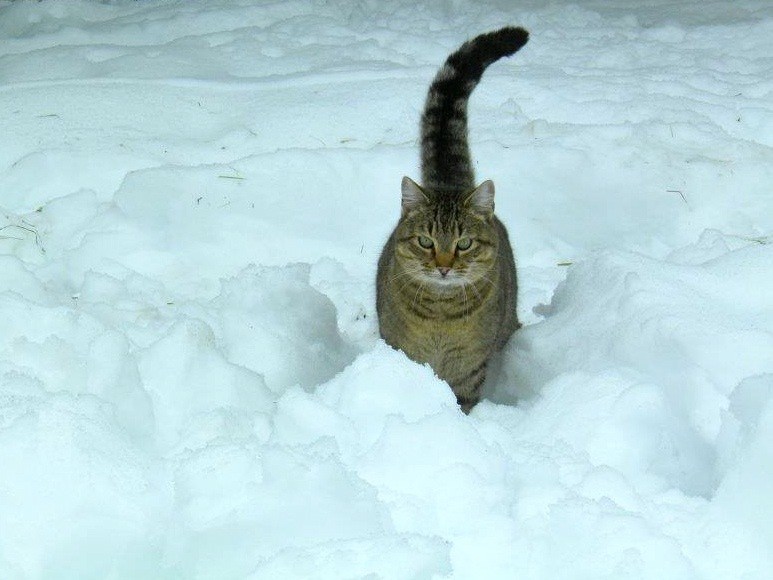 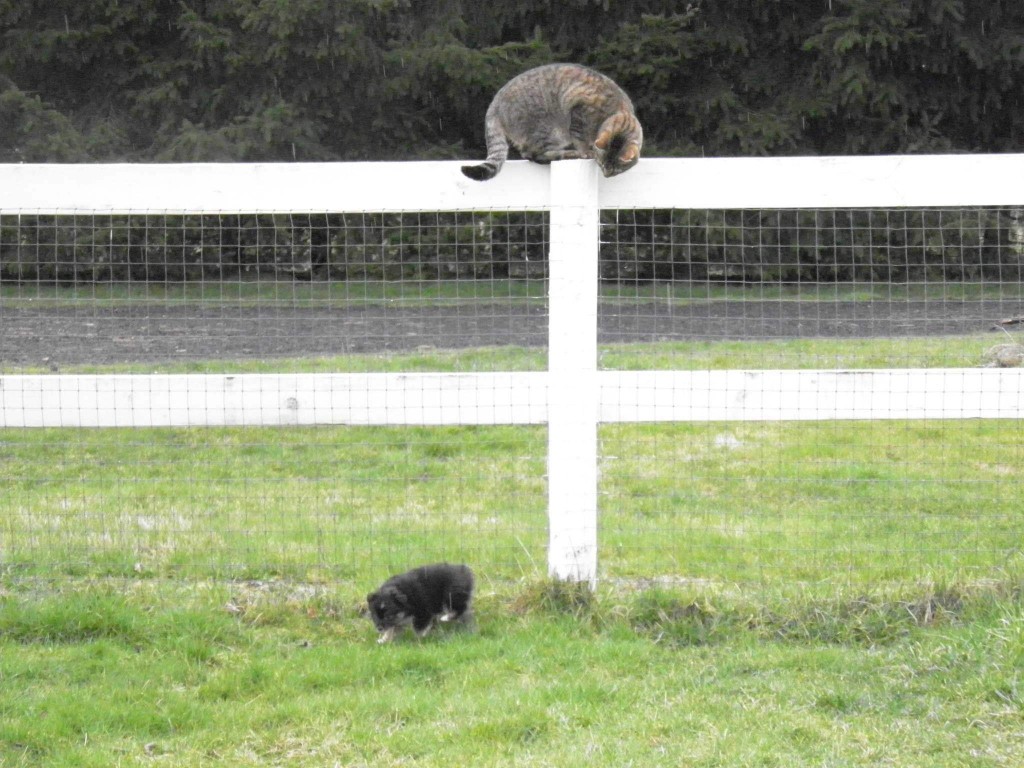 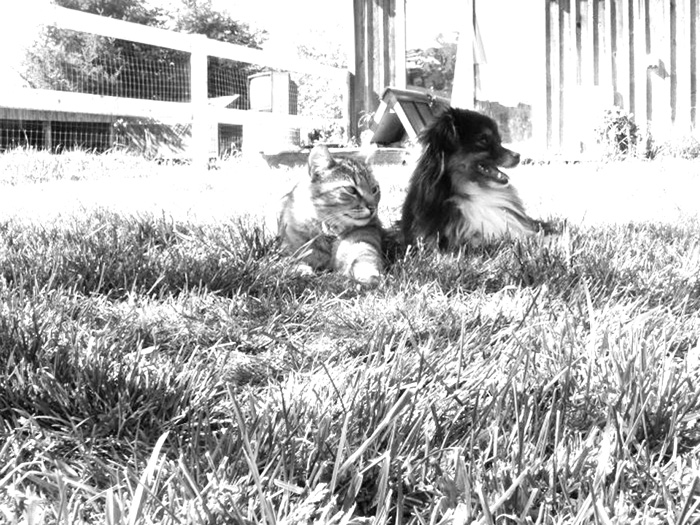 Jumping into the New Year